Toronto-based playwright Rob Kempson has been working closely with many of this year’s featured playwrights in preparation for the 2019 edition of the NotaBle Acts Theatre Festival. 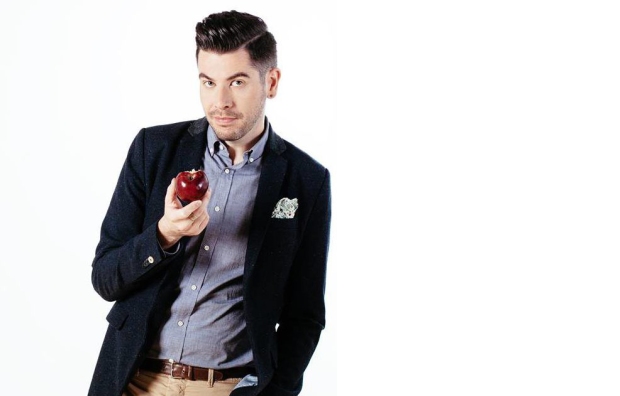 If there is one lesson Rob Kempson hopes to teach the playwrights involved in this year’s NotaBle Acts Theatre Festival, it’s that a first draft is never a final draft.

“The journey for each play is totally different and I think it’s important to remember that playwriting is not like other writing,” he said. “A play is meant to be spoken and not read so that means you have to take a crack at it, hear it, and then take another crack at it. You’re never going to find it all in the first or second draft.”

Kempson is this year’s NotaBle Acts Artist in Residence. As an instructor at Humber College, Randolph College and Centennial College, he spends a lot of time working with new playwrights to help them develop their voice and grow their work.

This month he is in Fredericton working with a dozen young and emerging New Brunswick playwrights whose work will be featured as part of this year’s festival lineup.

Kempson is an active contributor to the Toronto theatre scene and has written, composed, performed and directed on many of the city’s notable stages.

“This is the first time I’ve been an artist in residence at a festival. Every other residency I’ve had was based on something else,” he said. “I was either there just to write or to just to teach workshops.  This is a little bit more fulsome than what I’ve done in the past.”

Kempson began working with many of this year’s festival playwrights earlier this month via Skype before he arrived in Fredericton. Those early discussions helped spark new ideas, providing many of this year’s writers with their first outside feedback on their work.

“I’ve made some great connections so far and have seen some really exciting movement in the work,” said Kempson. “Sometimes with newer writers there can be a really hesitancy to take those big steps and make big choices and changes in their work. It can be scary. But everyone I’ve been working with have been totally fearless in that they have embraced this collaboration as a real collaboration.”

NotaBle Acts’ 2019 lineup includes the work of 14 New Brunswick playwrights including the winners of this year’s middle and high school playwriting competitions.

An important festival on the city’s annual calendar of events, each new edition of NotaBle Acts’ provides audiences with numerous opportunities to engage in theatre with fully produced plays that take place in theatre, outdoor plays that require little to no staging, site-specific work and readings of new plays in development.

“The range of stories is huge. It’s really diverse. I think what I’m really excited by about this festival is that I didn’t know the multiplicity of kinds of people that would be involved,” said Kempson. “I knew there would be some current and former students of Len’s [Falkenstien] but I wasn’t expecting the passion in this community for this kind of work.

“So often in community theatre settings, there isn’t the opportunity to engage new writers and new scripts and to develop that work. And that work is ultimately what Canada does best. We aren’t known for having this long back canon that we pull old favourites from like the British and the Americans do. So for me, NotaBle Acts is such a great training ground for new writers to get experience. As a dramaturg, I feel really grateful to get to intersect with these artists at this point in their writing and their journey.”