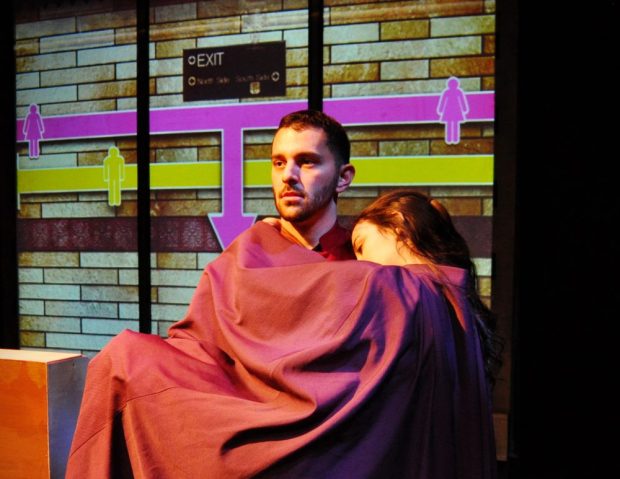 Patrick Toner’s play Grace Notes made its debut as one of four readings in our 2016 Play Out Loud reading series. Then a work in development, we’re very happy to see this power and moving play through from its initial stages to where it is today – the Mainstage production of this year’s festival.

Grace Notes follows disgraced soldier Grace Neill, traumatized from an overseas tour and re-assigned to a bagpipe band in the “Territories”, where she is reunited with an estranged family torn by religion and learns to fight a new enemy: herself.

Grace Notes is a powerful, moving story about choosing sides — without knowing which side is which.